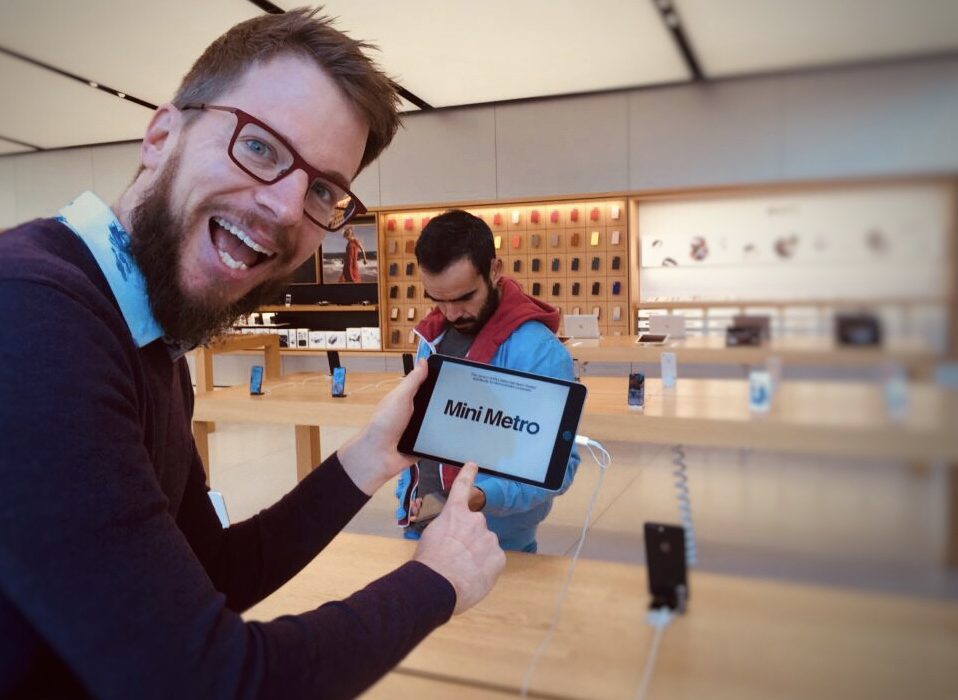 When is Sandbox Mode coming out?

Hello! We can’t give a full confirmation on it (because we don’t know quite yet), but it is quite high on our to-do list.

It would be great if we could somehow have better visualization of the achievements directly in game. Great design btw – visual but also sound, I love it to pieces.

This is another thing that’s on our list too! We just need to figure out how to do it in a way that works gracefully. Because of the way the game is built, it’s a bit more work than it appears, so we want to make sure we do it right (and so it doesn’t cause a bunch of really frustrating bugs).

And thank you! It brightens our day when we hear this!

Hey, I just want to thank you in a weird way. I pirated your game, played it for a few hours and liked it a lot. So I bought it. Thank you! Seeing the task you have to full-fill in order to play maps in extreme mode made me buy the thing. I hope we will see more of these interesting challenges, like doing a whole map with one tunnel. For example I really like the tavern brawls in Hearthstone which put interesting spin on the basic gameplay. Maybe a list of challenges tied to specific maps 🙂

Thank you! I’m glad we made a game that you felt was worth spending your money on. We’ve had a few requests about adding more achievements and we’ve got it on our to-do list to have a look at. It just hasn’t quite made its way to the top of our list, but hearing that people are keen for them helps us when we’re deciding what gets priority. Cheers!

Hi! Fellow Kiwi here. Are you planning on making other games?

We are at the beginning stages of looking at new game possibilities. Nothing we’re quite ready to talk about yet, but we’ll have announcements on Twitter, our web page, and our forums when we are!

Thoughts on making the London map free on mobile and making the “full game” an IAP, like the web demo + Steam is now? Bonus: would allow using a Steam/Humble account to get the mobile version on iOS (I believe this is already supported on Humble with Android)

We currently don’t have any plans to do this. It would take a fair amount of work to set this up and adding all of that functionality is a lot harder than it looks.  We’re quite a small team, so we need to be really careful about what we choose to spend our time on.

As for bundling the iOS and Steam builds, Apple doesn’t like to pair up with anything at all so it’s unlikely that you’ll ever see them in a bundle with Steam.

Sorry to be the barer of bad news.

I think rebutolo was asking about a tool for drawing metro maps that used the same style as Mini Metro, not a level editor for it.

Ahh, thanks for clarifying! If we did include something to allow players just to draw metro maps, it would likely be integrated within the game app, as building a seperate app would be a pretty big undertaking for us. We only have four of us so it isn’t likely to happen at this stage.

Please can you release a ‘draw your own metro map’ app or addition to Mini Metro with the same incredibly pristine style?? Would change my life.

We had been hoping to add a map-editor (that would allow players to make their own maps) after we first released the game on Steam, but now that we’ve had a chance to look at it more closely, we’ve realised that it would be a very big task that we just can’t tackle. We made a series of decisions when we started designing maps and working out how they were going to be built (a few years ago now!) and we unfortunately didn’t have random creation, or indeed user creation, in mind. These legacy decisions mean that it’d be very difficult for us to create random maps that were both interesting/fun to play and create a map editor that wasn’t a UI disaster, overly complicated, and far too cumbersome. 🙁 Sorry for the sad news.

Is there a possibility we could see a Nintendo Switch port of this game sometime in the future? Really loving this game.

We are considering it, however there are some hurdles that we would need to sort out before we could do that so we can’t make any commitments. Glad your having fun!

Can you please make a Sydney map? I’ve played Melbourne, but I’ve always liked to redesign the network of my Harbour City!

That’s the best reason I’ve heard to want to see a city map. We get many awesome city suggestions and we’ve seen Sydney a few times. Check out the City Suggestions thread on our community page and you can add your voice there: http://community.dinopoloclub.com/t/city-suggestions/

Pretty much addicted to MiniMetro. Thanks for working as hard as you did, and still are on this x

Hello! Sorry this is so late, but thank you! It’s always nice hearing that players enjoy our game. I hope your still having a blast with it!

Have a lovely day!

Even better! We’re New Zealanders (with a token Canadian just for luck and politeness’s sake).

Is endless mode going to come out as an update or is it going to be purchasable content?

Hi! Sorry to get back to you so late. We’re finally getting a chance to catch up after our recent releases.

We are working on endless mode for mobile as we speak, and it will be coming out in the next update!