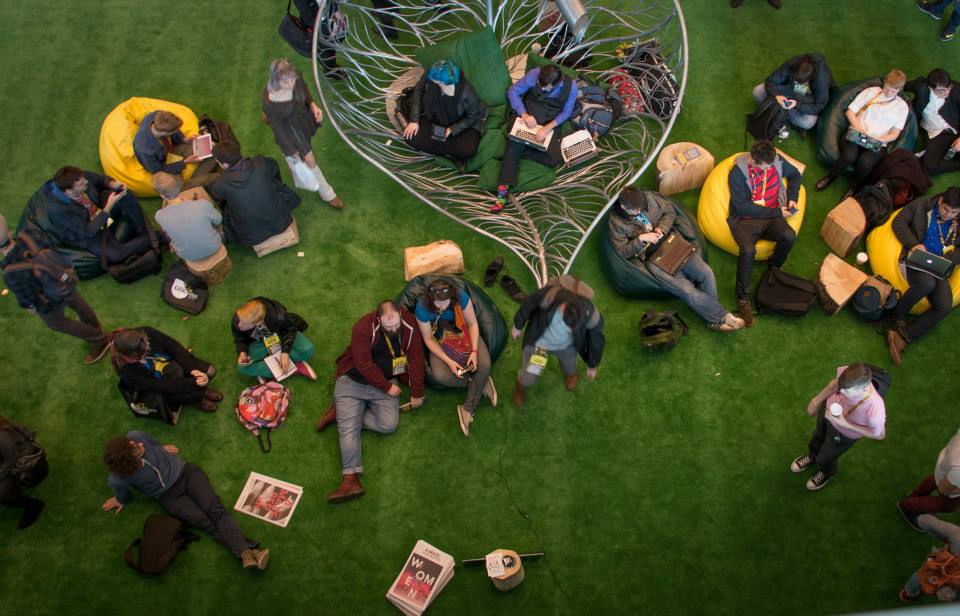 It’s been a good long while since Mini Metro was launched on Steam, and you’d be forgiven for thinking that we haven’t done a whole lot else since then. However rest assured we are still working hard to get you more Mini Metro! We’d like to tell you a little about what we’ve been keeping ourselves busy with since the launch in November 2015.

Back in mid-2015 we teamed up with Lucy Morris (IGDA director, half of indie studio Group Pug, and lecturer at Media Design School <Note from the future: Lucy is now running her own studio Starcolt.>) to organise Play by Play, a videogame festival here in Wellington in April. This took up a chunk of our time in 2015 but a much larger amount in early 2016. It was a wonderful event and a huge success, but definitely impacted the amount of time we were able to spend on Mini Metro.

That aside, here’s a month-by-month breakdown since launch highlighting how many commits we made to our repository, and the major things we did or worked on in that month:

Launch month! We released Mini Metro on to Steam, Humble, and GOG. Our distribution partners Plug In Digital and Playism also worked to put it on to many more digital storefronts, and Koch Media got it onto store shelves in some parts of Europe. The plan for us was to jump right onto the mobile version, however the launch went much better than we expected so it was all hands to the pump to answer emails, tweets, forum posts, respond to key requests from streamers, YouTubers, and reviewers.

A short month due to the Christmas holidays. As it’s summer in New Zealand we have our big family holidays at this time. We were still catching up on launch support but found some time to work on gameplay experiments such as allowing lines to cross – this change still hasn’t made it in but will be in the mobile release!

January saw us start full-scale work on the mobile builds. We tweaked the existing phone interface and added a tablet interface.

More work on the phone and tablet UI, as well as mobile performance improvements and audio compatibility work.

March is always a busy time for game developers, as the annual Game Developers’ Conference in held in San Francisco at this time. This year was especially important for us because Mini Metro had been nominated for four IGF awards! We were in San Francisco from March 13th till March 19th, plus a day on either side for travel. Play by Play organisation was taking up most of our time not overseas.

April was also a very busy month for us that didn’t see much development time. We were back in New Zealand for just a few days before we jumped back on a plane to spend ten days in London for the London Games Festival and the BAFTA Games Awards – we were surprised to find out that Mini Metro had been nominated for Best Debut. We figured we wouldn’t get the chance to go to the BAFTAs often so might as well take the opportunity! Once back in the country we had a little over a week before Play by Play began, and then that ran for the week of April the 18th till the 23rd.

May, a beautiful month! In May we’ve been really enjoying being back on Mini Metro fulltime after our five-week three-conference world tour. It’s seen some changes in the company too. We have adopted agile work practices to keep us focused on the important work. We’ve moved out of a co-working space and into our own office, and arranged for two interns to join the team for a few weeks later on in June and July. On the Mini Metro side we’ve implemented pinch-zooming for mobile and released a desktop patch with fixes for a lot of small issues.

So that’s been our adventures since the desktop launch! The next few months will see us back working hard on the mobile versions to get them submitted as soon as possible, working with our first interns, and also a bit of office redecoration. Exciting times ahead!