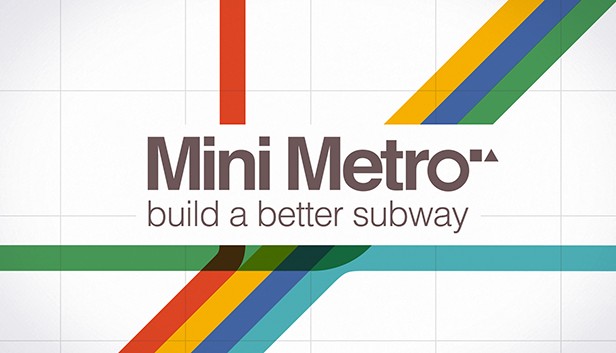 Mini Metro was launched on Steam Early Access at 10AM PDT on the 11th of August. As we’re now at the end of our first calendar month on Steam and sales appear to be calming down, I thought I’d recap how it’s been for us so far.

I thought I’d just explain why we’re making posts like this one (and why we gave out our pre-order numbers). There’s a remarkable lack of concrete sales figures floating around for videogames (indie and AAA—the latter is almost non-existent). It’s very useful information to have for current developers and people who are considering indie game development. Without firm figures as a guide, any income expectations can only be based on conjecture and rumours. It’s crucial to know that not every game sells like Minecraft, but also that you don’t need a smash hit to pay the mortgage. The few articles I found last year with sales figures I found to be very illuminating, and I promised to myself that we’d be open with our own figures when we got the chance.

I’d be lying if I didn’t also note that writing posts that others might find useful will hopefully drive traffic to the devlog and raise the profile of Mini Metro. 🙂

In the week before launch we were getting a steady stream of inquiries from games press and Youtubers, mostly after Steam keys and information about the game. The only mention of Mini Metro was on Steam’s ‘Upcoming Releases’ panel; as when Mini Metro was first up on Greenlight, we were finding out just how many eyeballs are on Steam!

We’d also got back in touch with most of the people who’d written about Mini Metro back in March and April, with information about the release and press keys. We probably should have done this earlier. PR is something that’s too easy to put off when you have a team of just developers. 🙂

The first couple of hours of launch were a bit of a debacle; there was a technical hiccup which prevented the Steam keys from being unlocked for everyone who’d pre-ordered, so we had the classic case of early adopters getting a raw deal. However all that was quickly sorted out and we had no other major bugs or issues. Well, other than Hebrew being rendered backwards.

What took us by surprise was the lack of Steam promotion for Early Access titles. All new titles get 1 million impressions on the Steam front page (generally just on the little ‘Recent Releases’ bar, not the huge scroller at the top), so we were a little disappointed when Mini Metro never showed up there. Eventually we learned that Early Access titles do not receive these impressions when they launch initially, only when they leave Early Access.

As far as I know we had no major articles on release day, or for the next few days afterwards. Despite the lack of exposure sales went relatively well. As I’ve said, the lack of figures to compare it to makes it difficult to judge what’s good. We didn’t immediately despair, anyway—maybe that’s the best you can hope for!

Here is the sales graph from the 11th until today (the 31st).

You can see we had a large drop-off on the second day. I assume there was a large number of people who saw us on the list of new Early Access releases, had us on their Steam wishlists, were following the Greenlight page, or were interested in the game but didn’t want to commit to a pre-order.

There are two obvious spikes occurring after the launch spike, which were caused by … press? Nope—

We’d heard about the rise of the Youtuber, but didn’t quite grasp the magnitude to which they’d taken over the role of guiding purchasing decisions from the traditional gaming press until we saw the spikes.

The first occurs at roughly 6am PDT on the 14th. Northernlion released his Mini Metro Let’s Play the day before. This was a pretty big deal for us. I’d emailed him a couple of press keys before launch in the vain hope he’d cover us, but he never got back to me until launch day—when he emailed me asking for keys. Ha. I’m not surprised, he must get a LOT of email.

His impressions were positive, and have been seen by over 50k people so far. As you can see it drove sales up to roughly half of launch day, then started dropping off fairly quickly again.

The second spike is on the 22nd, at around 8AM PDT. That was thanks to Nerd³ and his Let’s Play of Mini Metro, also positive. He tweeted about the game a few days before, so I emailed him in response with some keys. No idea if he even read the email or not, but he played it and liked it and made the video, so we’re not fussed!

As you can see from the graph, the impact on our sales was massive. That day we sold more than launch day, and the drop-off was much smaller than from previous spikes. Sales today are still higher than the day immediately before the release of Nerd³’s video. We have had some traditional press coverage since then so it’s impossible to say where the sales are coming from of course.

We’ve had a great write-up on Rock Paper Shotgun, and a bit of an odd mention on Kotaku. Those are the only mentions of Mini Metro’s Early Access release by the major gaming press that we know of. You can just see the effect of the RPS article in the sales graph; it comes about four days in from the right, where there’s a slight rise from the previous day.

So far the reception has been overwhelmingly positive. Releasing a game is so much more exhausting than I thought it would be, mostly due to worry about the reception. I think of this as the George McFly Syndrome. When the first Steam user reviews started to come in we were so, so relieved. Well, mostly relieved … I was then worried about when they were going to sour. I’m a bit like that.

We’ve so far sold 12,697 copies on Steam. Another 1913 copies have gone through the Humble Store. We were on Humble’s product matrix for roughly one week, during which time we moved around 100-180 copies a day. The was a spike due to Nerd³’s video, but it wasn’t as significant as the one on Steam (185 sales compared to 130 the day before). Humble Store sales are now around 30 – 50 a day. The widget sales shot up on launch day, but have since dropped down to about 50 a day.

So all up we’re doing well after the first month. Once the storefronts take their cut, the IRS gets 5% and the moneymen take whatever they want out to convert it to NZD, we’re left with a fair chunk. I have no clue what sales will be like next month—unless we get any further significant mentions in the press I’m expecting a significant decline, to 30% – 50% of the August total.

We do have some very exciting news to announce in the next week or two though!