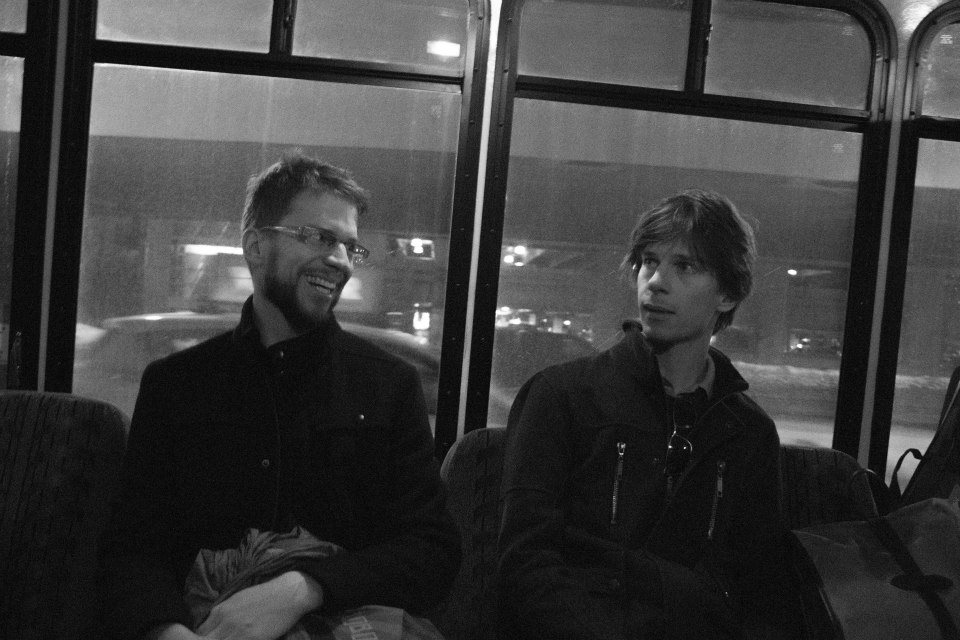 Just over a month ago the three of us demoed Mini Metro at PAX East, as part of the Indie MEGABOOTH showcase. As it was our very first time showing at a big consumer expo, it was a daunting experience—or would have been if we’d done it without the support of the MEGABOOTH.

The Indie MEGABOOTH team are truly awesome people. Especially for first-time exhibitors like us (first-time attendees as well!), the experience and expertise they share is invaluable. They help sort out booth and equipment rental, AV setup, sponsorship (thanks guys!), promotion, dev parties, Twitch coverage, publisher and platform partner meetings, … I could go on. The icing on the cake is a plum spot right in the middle of PAX.

The whole team is super passionate about promoting indie games. We can’t speak highly enough of them. We managed to meet and briefly chat to the overlord Kelly Wallick and Christopher Floyd (who also presented the Twitch stream), and the logistics officer Liam Raum.

Alienware sponsored the MEGABOOTH, providing these nifty wee Alienware Alpha machines for every booth that wanted them. We had two of the lower-specced machines (i3 processors and 860M+ GPU) which ran Mini Metro perfectly at 1920×1080. I know I sound like a corporate shill, but they really were fantastic. It was the first purpose-built Windows computer I’ve been impressed with for a long time. Thanks Alienware!

PlayStation and Xbox were also sponsors, as well as Cards Against Humanity. The CAH chaps organised the Indie MEGABUTTONS—each game was asked for a 1″ round button design, which was printed and sold in random packs of 4. Somewhere out there are a whole bunch of Mini Metro buttons!

Another reason why the Indie MEGABOOTH is awesome was the Twitch show they’d arranged. Kelly and Christopher showcased twelve games from the MEGABOOTH on the main PAX East Twitch livestream during the show, one of which was Mini Metro.

Getting ready to go live on @Twitch with the MEGABOOTH stream! Tune in for the coolest games at PAX! pic.twitter.com/QZ2HKMtiQD

Robert and I were both on the stream. Neither of us had ever streamed live before—fair to say it was a little terrifying! We think it went well though. Kelly and Chris introduced us and the game, and then we chatted about it while Rob played through the tutorial and explained how the game worked. They both love the game which made talking about it much easier. You can check out the entire clip on Twitch, or all of the Indie MEGABOOTH footage at indiemegabooth.com. <Note from the future: this content is now inaccessible>

We’d never set up a booth before, so we played it fairly conservatively. We had a standard 10′x10′ area, on the corner of a 20′x30′ island on the edge of the MEGABOOTH. We were facing outwards, toward the AAA booths (the Blizzard booth was almost directly opposite us), which gave us great visibility.

We had two of the aforementioned Alienware Alpha machines running the game. One of the Alphas was hooked up to an HDMI splitter, which fed the 50″ TV. This turned out to be a great idea, and I think made the booth.

Along the other wall (bordering the Vagante booth) we had three iPads running an early, unoptimised mobile version of Mini Metro. In the corner, next to the iPads and under the TV, we positioned our trademark: New Zealand candy (or in Kiwi parlance, lollies). This time around we brought chocolate fish, mini peanut slabs, and of course pineapple lumps.

Jamie whipped up designs for the pull-up banner you can see on the left, and the 70s MTA-inspired foamcore signs. We had the four of them printed in Boston and delivered to our hotel, and were really happy with how they came out. Carrying the minimalist aesthetic of the game in to the booth was both cost-effective for us, and I think helped distinguish the Mini Metro booth. Most booths at PAX had signage a little busier than white Helvetica on a flat background!

How did it go?

We think the expo went really well for Mini Metro. We had about a thirty minute wait at the beginning of each day for the attendees to filter through the AAA booths and get to the indies, but after that the booth was almost always full. We met far more people who already played Mini Metro than we expected, which was neat.

The raised TV, with gameplay from the primary PC, was the best idea we had. It was showing actual gameplay, not concept art or cutscenes or a trailer, so people got a genuine idea of what the game was about. It was high up, so people could see it over the crowd. It was facing into the main walkway bordering the AAA booths, so it was broadcasting to a lot of traffic.

The best thing about the TV was we could use it to describe the game to people at the booth. Passersby who stopped at the booth would inevitably look up at the game on the TV, at which point we could introduce ourselves, explain what was happening in the game they were seeing, and then answer any questions they had (what is the loss condition? how do you score?), again in relation to the game on the TV. If people were then interested in playing, it gave them something to do while they waited. It also gave first-time players a bit of a head-start, as they’d already seen half of a game being played before playing themselves.

We’ve found that the game does a good job of representing itself fairly to potential players. If someone is interested enough from a still to watch it being played, and is then still interested enough to wait around for a game, it generally doesn’t disappoint. It doesn’t promise something that it doesn’t deliver on. We only had one or two people abandon a game halfway through.

There are a number of things we could have improved on. Primarily, the build could have been a little shorter. As it was, skilled players could be playing for upwards of ten minutes. More than once we saw interested people walk off without a game because they’d been waiting too long.

The iPad area was a little crowded, which impeded people’s access to unused iPads (we often had to pick them up and offer them to people standing in the booth). It also made it hard to get to the pineapple lumps! Next time we’ll aim to make it more casual—either a standing desk for the mobile builds, or bean bags and a couch.

We underestimated how many business cards we’d be handing out. We had no idea that the majority of players at the booth want some kind of card they can take away with them so they can remember the game. As it was we ran out halfway through the second day! We had to resort to asking people to photograph the banner instead. Didn’t help when we found a stash of 200 or so cards when we were packing up on Sunday night.

The Game Developers’ Conference was en route, so we stopped by for the first two days (we had to be in Boston on Thursday, so flew out of San Fransisco on Wednesday morning). Of course it also added to the cost:

Was it worth it? No clue! It’s impossible for us to put a dollar value on the trip. We showed Mini Metro to a ton of people, met some press, had some articles written up about the game (nothing major), and were featured on the PAX East Twitch channel. I’ve no idea what all that’s worth.

It was fun though. And we got through a LOT of co-op Spelunky at the hotel.

Oh and we stopped by Modern Pastry before we flew out. Pro tip: forget cream and custard, get ricotta fillings for your cannoli.